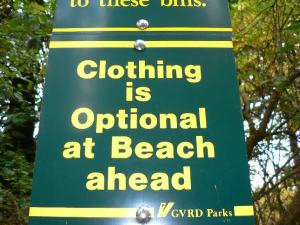 Cason backed away from the nude female as she stirred.  His ears still ached from the high-pitched song he kept hearing and feeling as though he should know the words to running through his subconscious thoughts.  And yet, part of him wanted to reach down and help her to her feet.  Why did he feel so protective of her?  He’d never seen her before.  He couldn’t remember meeting her.  Frack, he couldn’t even put more than two names together out of the group of shifters and humans surrounding them.  How had his early morning beach walk become so complicated?

“You know mate,” Nitchell began, his Cockney accent more pronounced.  “I warned you about her.”  His wings beat back and forth as he worked to stay aloft out of the main stream of wind blowing off the water.

“Nitchell, I don’t give a damn what you said.  You keep trying to tell me what to do.  Free will lets me off the hook.  You ain’t learned that yet have you.”  Cason wanted to grab his head.  It hurt like he’d had one hell of a hangover.  One large enough to last him several life times over.  His queasy stomach refused to settle.  Oh well, he’d spilled the contents so nothing remained.  The longer he stood still the better he felt.  Looking toward the water did not help.  Each lap of waves sent his head to pounding as though someone had turned lose 100 woodpeckers on the inside of his already busting head.

“Help me please,” a frail feminine voice cried.  All eyes shifted to her.  Castella could feel their gaze rove over her.  How long had she lain here upon the sands free from her water home?  She shuddered with each breath.  Slowly raising her hands to her neck, she ran her fingers over where her gills should be.  Nothing.  Soft flesh and the pulse of her beating heart greeted her probing.  Lifting her head, she glanced toward the sky blue water rushing toward her as wave upon wave broke the surf line.  Two lone tears worked their way down her cheek and dropped to her hand.  Her promise echoed as her heat skipped a beat.  She would live and so would her unborn child.  Nothing would prevent her from surviving.  Except one person–one bastard of a power hungry animal, Sherre Kahn.

“We need to get her and us behind the clothing optional sign.”  Cason turned to where Nemos and Sandra stood.  Beside them, the two humans nodded in agreement.  Cason knew they were non-shifters how well they knew Sandra and Nemos remained to be figured out.

Sandra dropped to her knees next to the blonde.  “Please know no one means to harm you.  We need to get you up and on your feet.  I suspect your land legs are not stable.  Lean on Nemos and I.”  The blonde seemed to understand and accepted Sandra’s hand.  With Nemos’s help, she rose and leaned on him.  Sandra looped her other arm around her waist and assisted the blonde across the warm sand.

Ten minutes later with help from all of them, Castella found herself sitting on a bench wrapped in a beach towel as she shivered.  Heat rose from a cup setting before her.  The woman called Tessa assured her it was warm water with a bit of salt to help settle her stomach.  How could she know?  Yet, there was that passing look and understanding smile.  As Castella’s eyes moved over Tessa’s frame, she began to understand why.  Tessa carried her child high and proud.  As did the half-human Sandra.  Pregnant females shared a bond older than time.

“I—I—“Castella tried to stop the chills and cold clamoring through her. She needed to speak.  Warn these souls of the havoc awaiting them for helping her.

“I am Castella Merprincess.”  She spat out gripping the table.  Silence fell as the seminude sea sprite landed on the table and kneeled before her.