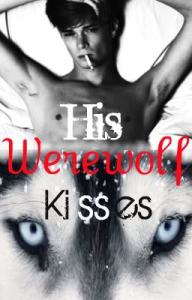 Pardon the guy with the cigarette. My hero in the first book of a two book series I am working on doesn’t smoke. Troy Adams is one sexy shape shifter in police uniform in Calder’s Grove. His next door neighbor Nancy Stewart is keeping her lust below radar level until she ends up in Troy’s care broken ankle and crutches not withstanding. She has her own secrets she’s keeping hid, a few furry relatives are in route to visit with her human mother who knows nothing about the family’s well kept secret. Book One’s working title is Nancy and the Werewolf. 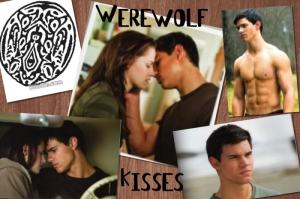 Book Two brings Chaz Maxxon, Troy’s best friend and Calder’s Grove’s top auto mechanic into contact with Nancy’s Tante Nata, short for Auntie Naughty as the family calls her. Nita Carmichael needs a male who won’t flinch at her kinky and lusty desires. Chaz has a few ideas of his own since his break up with his girlfriend. Can a demi-shape shifter and a full blooded one find happiness without breaking the other’s will?

Enjoy the excerpt below from Nancy and the Werewolf, book one of Werewolf Kisses:

“Troy, what are you doing here?’ Nancy smiled as she spotted her neighbor sitting at the end of the bar as she exited the kitchen. Her voice carried through the now quiet establishment.

Troy looked delicious in his police uniform. Tight pants that cupped his pert ass and showed off his long lean legs along with his long fingers had her wishing she’d been the one to see him running nude as a few of the Cribbage bunch swore they’d seen the last full moon. She knew what those legs looked like in shorts, running shorts that left little to a woman’s fertile imagination. His sweat soaked t-shirt had hung to him like a second skin outlining his pecs and washboard abs. If she didn’t get her mind out of his pants, well- – -fanning herself wasn’t an option. Troy’s smile lit up his face all the way to his eyes. They twinkled like the white lights on a Christmas tree or two stars in the dark sky. Their golden brown irises glowed when he laughed. God, having the hots for her neighbor was going to get her in trouble. And not in a good way. Last thing she needed was more embarrassment.

“Franny, my cousin, called me. You know her as Francine or Thumbs as her pack mates call her.” He flashed a thumbs up, his smile widening. “Chaz has your car down at the shop already. He towed it about an hour ago. Franny said I had to see you home. Only Calder’s Grove finest would do.”

Nancy swallowed hard. She’d asked the women to not match make. Why was Thumbs doing this? “Thanks I can call a cab. No need for you to take time from your patrol for me.”

Troy sat his coffee cup on the bar. Nancy’s fidgeting with her apron ties as it lay on the bar told him more than if she’d looked him in the eye. All five-foot-three of her gave off heat laced with pheromones that screamed fertility. Eager and ready to jump his bones if he was willing. Oh, and he was ever so willing. The one time he’d dropped hints at taking her out, Nancy had put him off faster than a she wolf in heat could run leading a group of horny males on a merry chase. Since then Troy had watched and waited, knowing that Nancy accepted folks without prejudice. Brant’s remark on how she’d acclimated to waiting on shifters and their raw meat needs indicated her ease with things that weren’t her experienced norm. That triggered more than a passing interest in Nancy. Getting her to treat him more than a friendly neighbor was another thing.